We are drawing to the end of another year, and what a year it has been for Sunrise of Life and Youth Power in Social Action!

Through everyone's dedication and hard work this year we have had another productive year. As we go into the holiday season please remember those who are less fortunate, like young Lali featured in the story below. Community outreach continues to be a priority, and helping Lali is just one example of how our organization has been able to create change through community outreach. 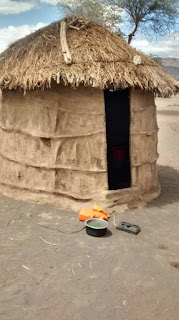 The following was put together by Maureen, Project Manager in Tanzania:

(Note: Names and locations have been changed to protect the privacy of the individuals)

In September of this year, Jackson who is a Social Worker conducted a home visit to a district approximately one three hours away from the city of Arusha.  This visit was initiated after a youth named Nufaika came to Drop-in Center to ask for help concerning his relatives who are living in that district.

When he reached the community Jackson received information that Lali and Nufaika's father died in 2015 while leaving three wives and a total of 19 children. Among the children was Lali who is a 13-year-old girl and studies in class four. Before her father died, he took her bride price which meant she could get married at any time and the community could not object.

In addition, Lali was supposed to undergo female genital mutilation in December. This is among the traditions and customs of Maasai people, that a girl must go through this before getting married. This information was brought up by her mother since her desire was that her child should continue with school and not to push through with this tradition, therefore, she was seeking an assistant to stop the act upon her child.

When Lali had a talk with Jackson, The only thing she said was, I need help, I do not want to get married to a man older like my father who died and I do not want to undergo mutilation. After listening to all these, Jackson brought the issue to our attention and we began the process to help Lali.  The first step was to report to the Social welfare office and they had set a date to visit the family together with Jackson.

In November Jackson and the regional Social Worker went to the family of Lali and talked to them about the cruelty that was about to be done to Lali, that it should not take place since it is very dangerous to her and she might die on the course of circumcision. This practice is also against humanity and the Tanzanian law. After being made aware of the existential consequences of such a tradition the family promised not to push through.  A village meeting was called to discuss further that this particular tradition would not take place.

The Social Worker in the district confirmed with us that Lali did not undergo Female Genital Mutilation. We will be making regular follow up with the family to see how Lali is doing and to provide support as needed.

What we are glad and proud of is that we were able to stop cruelty upon a child.

It is stories like this that show the difference that Sunrise of Life is making in the lives of so many in Tanzania. While assisting children who are dependent on the streets is important, taking a proactive approach in empowering communities to prevent children from going to the streets is equally important.

During this season please consider supporting the various initiatives of Sunrise of Life by visiting www.sunriseoflife.org

From the Team in Canada and Tanzania